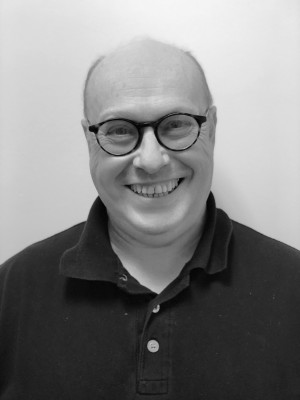 I was born in Cardiff, and moved to Llanbradach at the age of three.

I was educated at Lewis Boy’s Comprehensive School. I first put my foot on the professional stage at the age of 13 working with my father, I then started to study dance and trained at the Sherman Theatre in Cardiff until the age of 16 when I was given the opportunity to study for three years at the Merseyside Dance Centre, studying Ballet, Tap, Modern, Jazz and National Dance.

I left there and continued my career working in Major Holiday Centres, Theatres and the Cabaret Circuit. I was a competent Song and Dance Man and later adding Magic and the Ukulele to my act. I appeared in Summer Seasons, Musical Theatre, Television and Pantomimes and in 1990 I joined P&O Cruises and worked my way through the ranks to become a Cruise Director and spent 13 years at sea.

I left P&O due to family illness and was brought in to choreograph a charity show for the borough and this led to working with the Nearly Famous Performing Arts Group, which led eventually to the creation of the South Tyneside Academy of Musical Performance in 2006 of which I am now the Managing Director.

I returned to education and went to Sunderland University and qualified with a BA Hons in Community and Youth Work and I am also the Musical Director for a local primary school.

I have been the managing director of STAMP since its formation in 2006, and I am very proud of all that STAMP have achieved. I continue to lead STAMP into the future allowing the younger Directors and staff to add their ideas so we can move STAMP into a new era.